Yesterday we decided to take Davis to the pumpkin farm since Angelica had headed off very early that morning to the Vance Aycock event in Asheville at the Grove Park Inn. It was a very interesting day to say the least.

Did you know it is possible to get lost using a TomTom? Well it sure is. I couldn’t locate the orchard on the tomtom so I went to mapquest and it told me the directions. I entered it a certain way in the GPS and it took it. So we are driving and driving and driving. I knew we had made the turns correctly, because I remembered seeing them on the mapquest. Which by the way was linked to the orchards website. About 20 miles later we hit interstate again. Ryan wasn’t thrilled by this at all. So let’s just say that we ended up going 20 miles out of our way because of TomTom..I know, I know..I entered it, but heck I have to pass the blame on to someone else, right??

We got there and I was wondering where all the pumpkins were. We had taken Angelcia when she was little and there were tons of pumpkins. I just shrugged it off and went on. We went in and Davis got to pet a cow (suppose to go to milk it and the man must have assumed he was too small) but he got a sticker anyway saying that he milked it. 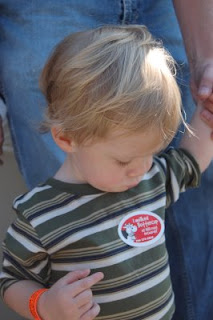 After they cow, we took him through the moonshine exhibit to let him look at that. Now that freaked him out just a little bit. The people in there that they had for the display were old dolls and handmade people. He thought that was a little too scary for his taste. He didn’t say anything, but you could tell that he just wanted out of that place. 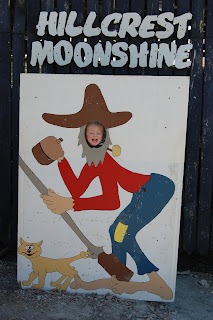 Ok, so he made it out of the moonshine thing alive and we were able to catch the wagon ride through the orchard. Yep, you read correctly…I said orchard, not pumpkin patch. I remember Angelica loving this little ride when she was small, but Davis seemed rather bored with it and not really interested in seeing all the apple trees. They have a “magical” forest set up that they drive you through. Ofcourse the same man made type people on display. We cut the wagon ride short and got off at the petting zoo. I thought he would have alot more fun there. Here is Davis with his daddy on the wagon ride 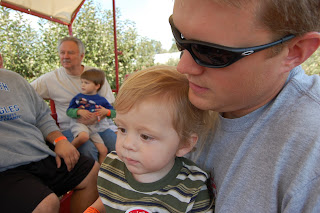 Where we got off the wagon ride they have pony rides, he could get on a cow and get his picture made and then on we went to the petting zoo. I feel bad because he didn’t ride the ponies. The workers really weren’t much help and there was a little thing standing there that said you have to be this tall to ride it. Well there was a hand then the bill of the hate was angled. Davis was as tall as the hand, but not the hate, so I asked if he could sit on it just really quick because he really wanted to touch it. They never said that he could ride it after I commented that I didn’t think he was big enough but they let him sit on it. After he went to the cow, I looked and there was a little girl riding them that looked smaller than Davis. Her dad was walking around with her. I really wish that the help would have been more “help”. Guess that’s what you get when you hire a bunch of young kids.

Here are pictures of the petting zoo and the cow. 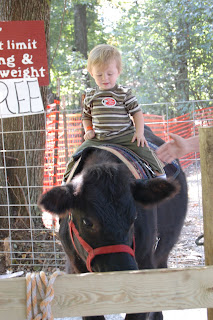 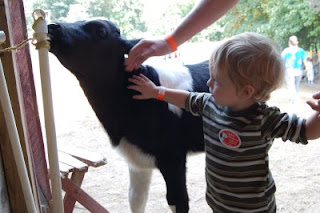 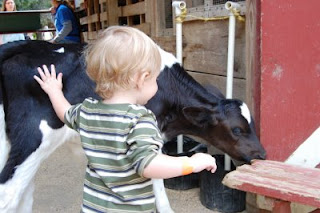 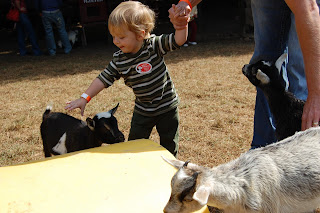 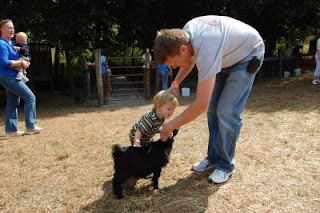 Here is a picture of the wooden tractor that Davis LOVED. He hated to get out of it to give another child a turn. And ofcourse one of Davis and his daddy 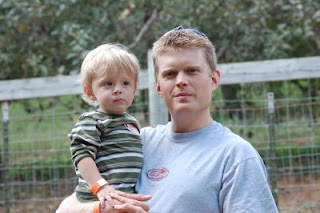 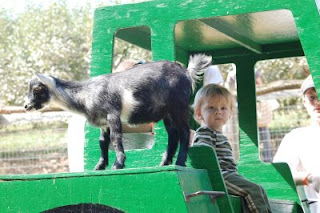 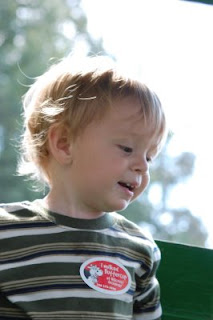 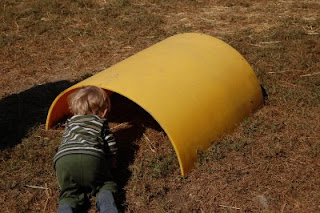 Ryan had to pull him out 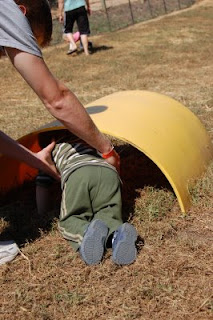 Last but not least, I almost forgot the pig races we let him watch before we left HillCrest Orchards. 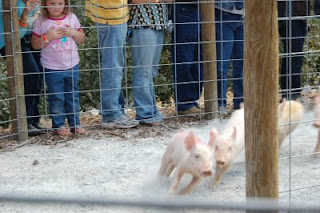 After we left the Orchards, we took him out to eat for a very late lunch but early dinner and then we took him to see pumpkins!! 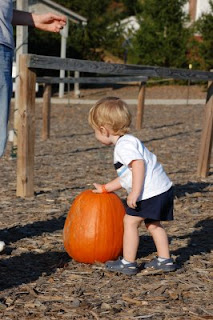 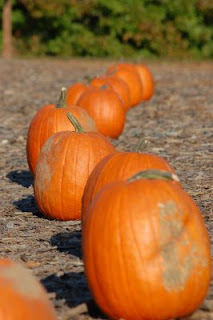 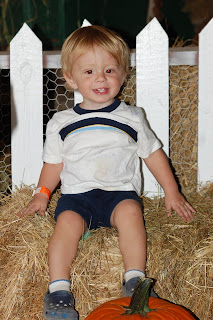 One last stop before we headed home was the part over in Young Harris, GA. He enjoyed the swings and the slides there. 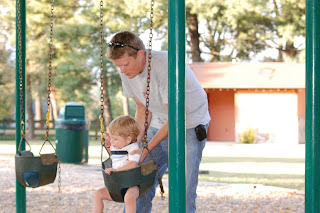 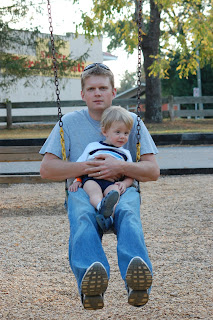 What a busy day Davis had!!

Angelica had a great day too. She called me late last night to let me know that Obama was staying in the Grove Park Inn in Asheville where she was staying. And that he came to the Vance Aycock event that she went to and spoke. Plus she is going to stay over for the Rally today that he is doing in Asheville, NC and she is thrilled that they have backstage passes for it. She said she is afraid to shake his hand because she will be soo nervious.

Teething is so hard

Life with the new pet